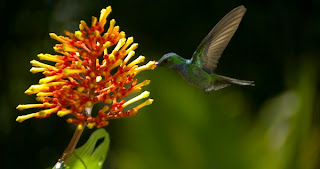 When Walt Disney was very young, he and his family lived on a farm in Marceline, Missouri. In many interviews, Walt mentioned that living on that farm was perhaps some of the greatest times in his life. He "met" nature there, got to really experience the awesome beauty that "wild life" has to offer. And years later, that passion could be seen in the many films Disney made, especially the True-Life Adventure Series, where Walt featured, in true Disney fashion, nature at it's best in his oft awarded documentary shorts.

That awesome tradition is still alive today in the newest entry to the Disney nature line-up: Disneynature Wings Of Life.  This beautifully photographed film is told from a unique perspective, from that of the majestic flower. Not just one flower but ALL the flowers of the world.

The incomparable Meryl Streep narrates this look inside the world most of us take for granted, as she "speaks" as all the flowers of the world. Wings Of Life tells the story about the pollinators of the world: humming birds, bees, butterflies and even bats, and the incredibly vital role they all play in life on the planet Earth. And since this IS a Disney film, it is presented as an adventure full of intrigue, drama and mesmerizing beauty! A true life and death struggle for survival, which in a way it is. For without the magic flowers bring to the world, the planet on which we live would be a much more hostile and boring looking place.

Disneynature Wings Of Life is without doubt a beautifully visual movie. The film follows the various creatures that aid the flowers in spreading their pollen throughout the world of nature, bees (of both honey and bumble variety!), the beautifully majestic butterfly, humming birds (who, despite their petite size and beautifully ornate feathers CAN be quite the warrior), and even bats. The intricate partnership these creatures have created with flowers has become an integral part of life as we know it. By creating a system in which plants create the pollen and these cooperative creatures carry the needed mixture to other plants to complete the pollination process, they have helped all species of the Earth survive.  In fact, a third of the world's food supply depends on these incredible (and unfortunately increasingly threatened) creatures. 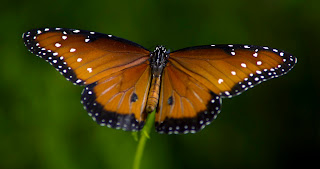 Disneynature Wings Of Life is absolutely a film that is a must see. As with all of Disney's Nature series, Wings Of Life presents us with a seriously important subject, but in a way that we can all relate to. It gets its message of conservation across without being preachy, and by the end of the film, you find yourself WANTING to find ways to help the flowers and little critters that help us live! In fact, we've decided to build a wild flower garden in our back yard, to try to bring at least a little nature back to our lives! Wings Of Nature is the perfect film to start that conversation with your kids about how the world works, and what WE MUST do to help keep it working. In fact, Disneynature Wings Of Life would be a terrific film to show in school science and nature classes. This is certainly one film we are happy to have received to review. A beautifully written, directed, filmed and presented movie. With shots you'd swear are CGI (computer generated image), Wings Of Life uses riveting high-speed, time-lapse and macro filmmaking to showcase in spectacular detail these unsung heroes of our planet. 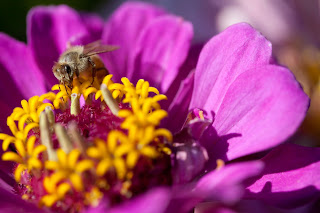 Disneynature was launched in April, 2008. It's mission is to bring the world's top nature filmmakers together to share a wide variety of wildlife stories on the big screen in order to engage, inspire and educate audiences everywhere. Walt Disney was a pioneer in wildlife filmmaking, producing 13 True-Life Adventure motion pictures between 1948 and 1960, which earned eight Academy Awards. To learn more about this wonderful venture, and the other movies in the Disneynature series, visit Disneynature online. 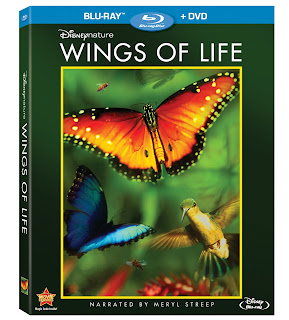 
Posted by Storyteller Audio Productions at 7:58 AM No comments:

We often receive DVD's and Blu Rays for review that we really enjoy. Some that never really received much attention when they were released, but really have that special something that makes them instant classics. Then, there's A Monster In Paris.

Ok, before I go much further let me preface this review by saying A Monster In Paris isn't a HORRIBLE movie, it's actually ok, but misses the mark for us as an animated adventure.

Here's the story: Set in Paris, France during the 1910's, A Monster In Paris follows the adventures of Emile (an extremely shy projectionist voiced by Jay Harrington), his wacky inventor/delivery man and friend Raoul (voiced by Adam Goldberg). Now, Emile secretly adores Maud, a co-worker at the cinema but of course, is too shy to profess his love. One day, Raoul invites Emile to go on a delivery with him to the botanical gardens, but also the home of a plant "genius". As Raoul and Emile enter, they find the professor is in New York, however, left his monkey Charles (who seems to have a great vocabulary via flash cards) in charge, with specific instructions for Raoul - DON'T TOUCH ANYTHING. Of course, Raoul just can't help himself and finds a potion marked "Atomize-A-Tune" (which gives Charles a terrific operatic voice) and one marked "Super Fertilizer - Unstable". So, what does our wacky inventor do? Yep, he "experiments" with the super fertilizer by pouring it on a sunflower seed - which grows to an enormous size. While Raoul and Emile discuss the potential of such a wonderful potion, the sunflower topples over, crashing into the shelves housing the two potions creating an explosion. Everyone escapes the chaos unscathed, however, Emile catches footage via his movie camera, of a hideous monster!

Now, if you've read any of our reviews you know we're not into spoilers, so that's all you're going to get out of me story wise! Suffice it to say,  the troublesome trio accidentally creates Franc, the product of a reaction between a common flea and the two potions mentioned earlier. What they fail to realize, however, is that this ‘monster’ is actually a soft-centered soul with an astounding talent for music.

With the help of an enchanting nightclub singer Lucille, Franc becomes the talk of the town, just as stories of ’s newest monster attract the attention of the egotistical police commissioner, hell bent on securing a big prize to help his battle to become mayor. The unwitting trio and the singer must team up to protect Franc, a monster with more than a musical career to protect!

A Monster In Paris, as you may have guessed, is a straight to DVD/Blu Ray release and was originally produced in France, with French voice actors/singers, in 2011, then translated for English speaking audiences in 2013. Since we did not view the original version (and...we don't speak French), we're going to talk about the English version.

As I said at the beginning, this wasn't a horrible movie, but not something I'd watch again. The basic plot is of course predicable, but entertaining. You have the shy hero, the wacky does nothing right side-kick, the beautiful damsel in distress (well, actually TWO in this movie), the monster who's actually a big misunderstood gentle giant, the evil "good guy" who's hunting the monster and of course, the aid to the evil "good guy" who eventually sees the light. The "feel" of this animated movie is truly Persian and the music is heavily influenced by that as well. The tunes, although not Disney worthy, are kind of catchy but quickly become annoying. The movie (and the DVD case) really promote the fact that Sean Lennon (son of the famous Beatle John Lennon) appears in this movie, but the truth is only in song...and only 2 or 3 at that. Could have been any singer truthfully. The voice acting was ok, nothing to "write home" about, and the animation reminded me of an art school project. Not great, but not terrible.

I can see that this movie would appeal to some, especially the younger viewers, but honestly, not something I'd even put on my top 25 list. The music didn't have that something special to keep you humming it all day, and to be honest, it was more grown up than child type music.

As we always say, don't take our word as canon, watch it for yourself. Currently available from Shout! Factory, in collaboration with EuropaCorp, A Monster In Paris is available on DVD, and on a two-disc Blu-Ray 3D Combo Pack. The movie runs about an hour and 27 minutes, and SRP is $24.97 for the Blu-Ray Combo Pack (which does come with a digital copy by the way) and the DVD for $14.97.

If you do watch A Monster In Paris, let us know what YOU think...peace out --- Al

Posted by Storyteller Audio Productions at 11:58 AM No comments: