Planes: Fire and Rescue to the....RESCUE!! 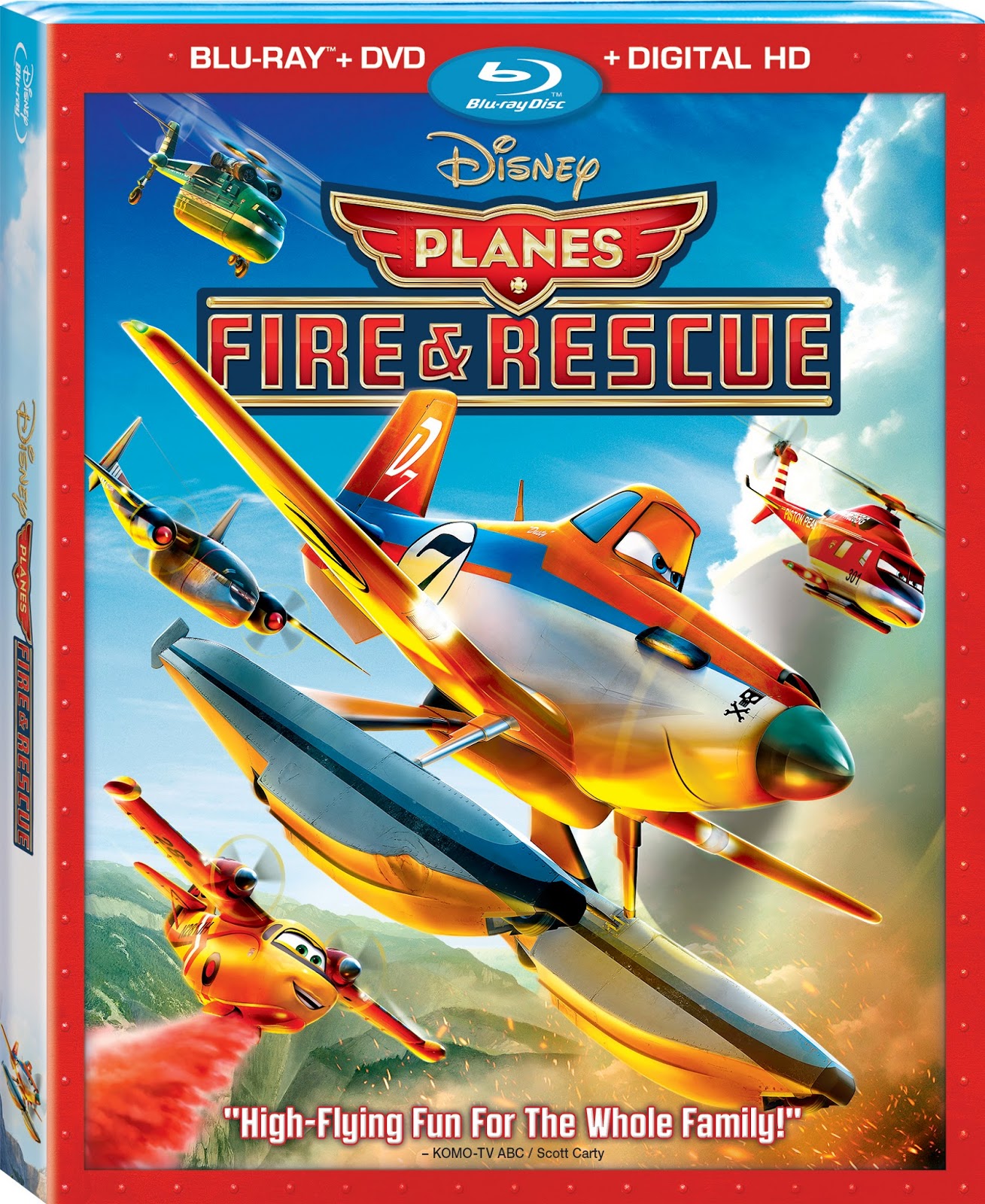 
Well...yet another sequel. Seems as if that's a given these days. If a movie does semi well, it's pretty much guaranteed that they WILL make a sequel, which, unfortunately, typically turns out to be leagues short of the original. Luckily for us, Disney Planes * Fire & Rescue isn't a typical sequel!! This one ROCKED!

I must admit, when we first heard about the sequel to Disney Planes, both Joyce and I were...skeptical. They actually announced it right away, during D23 if I'm not mistaken. I thought, wow, how about letting us figure out if Planes is any good before you go making a follow up. But, yep...I was pleasantly surprised. I think that Fire & Rescue is every bit as good as Planes, and to be honest, if this were the first movie put out, I feel it would have been equally as successful as the first. It's THAT good. 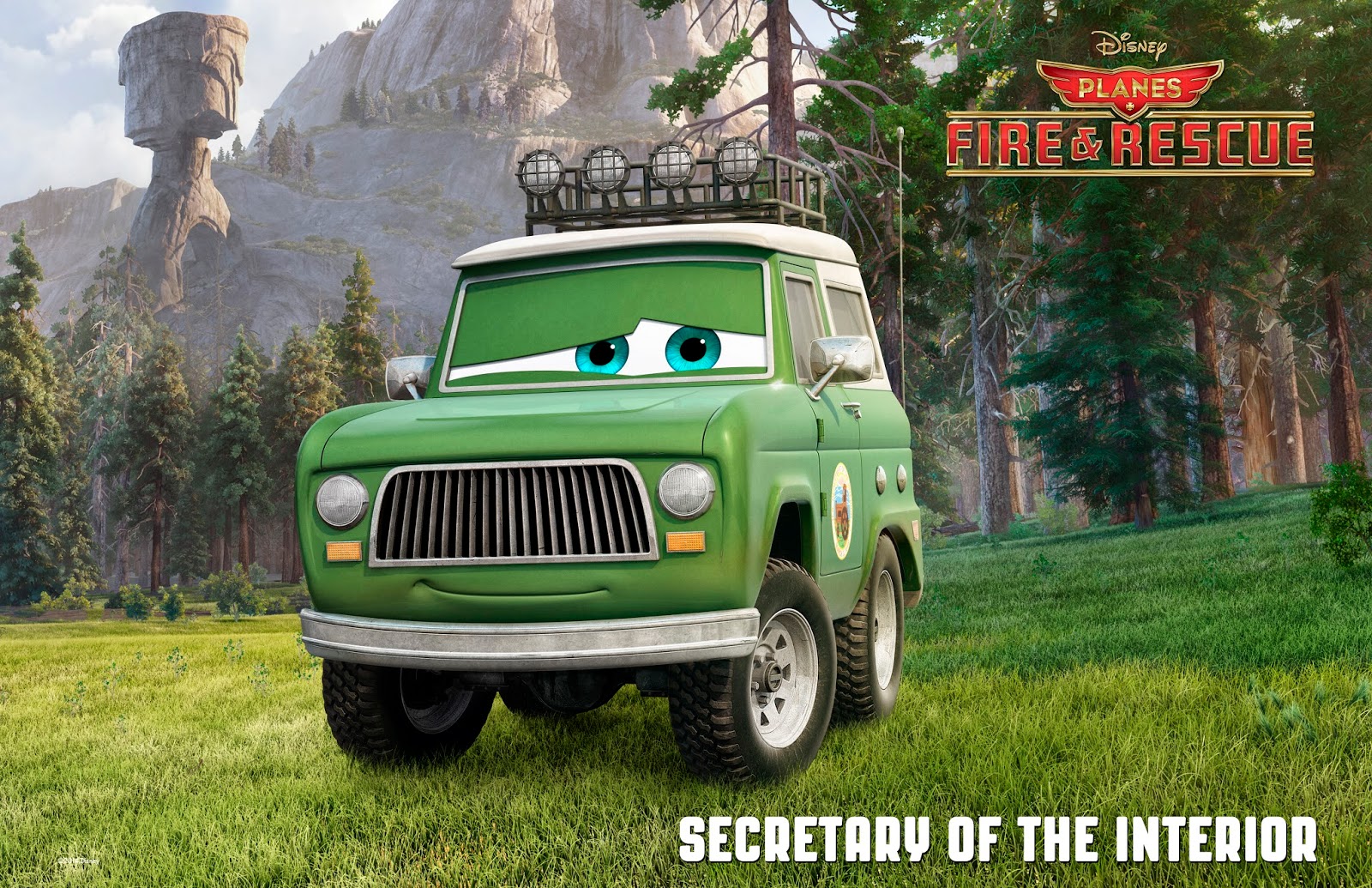 This outing starts after Dusty Crophopper (voiced by Dane Cook) has successfully defended his crown of air race champ. Seems Dusty has pushed himself a bit too hard and has to back it off a tad, or else.....well, we don't even want to THINK of that!! So, while trying to prove to himself that he's still got it, certain mishaps...well, happen that set up the Fire & Rescue storyline. Now, Dusty finds himself learning to be one of the elite fire and rescue members, and some pretty funny stuff crops up (yep, pun intended). In a plot that is similar to the original, Planes Fire & Rescue introduces us to a new set of characters that are just as endearing and heroic as the originals.

And what Disney movie on Blu Ray/DVD would be complete without a plethora of bonus features?

So, yes, if you insist on a rating system, let's say....1 to 5 Pistons, with 1 being stay away and 4 being "GO GET YOUR COPY TODAY!". Joyce and I both give Disney Planes * Fire & Rescue a 5! Honestly, this is one of the best animated movies we've seen in awhile. There are plenty of great things about this movie, and I'm sure a LOT that you'll pick out that we didn't notice. There's humor for all ages as well. And some nods to previous Disney project (see how many you can spot).


THERE ARE HIDDEN MEANINGS BEHIND THE NUMBERS IN THE MOVIE!
“We love to hide fun numbers in the animation,” reveals Planes: Fire & Rescue art director Toby Wilson. “The ‘301’ you see on the side of Blade is actually the number from the CalFire’s air-attack helicopter at Hemet-Ryan air base. We used that as a thank you because we spent so much time there researching the movie. Watch out for national identification numbers on the planes and helicopters, too. They often hide things like birthdays or special dates for the filmmakers. The birthday of Bobs Gannaway, our director, is one of the national identification numbers in the movie!”

MOVIE SECRET #2…
A SCENE IN THE MOVIE IS BASED ON A FIREFIGHTER’S TRUE ACT OF BRAVERY!
“In the movie, there’s a scene where a new character named Blade takes Dusty Crophopper into a mine to protect him from a fire,” explains Planes: Fire & Rescue director Bobs Gannaway. “Well, that sequence is based on a true story. A firefighter named Pulaski saved his crew by taking them into a mine in Idaho during 1910’s Great Idaho Fire. In honor of the famous firefighter, we named our yellow fire truck in the movie Pulaski. It’s an absolute honor to have him represented in the film.”

MOVIE SECRET #3…
PISTON PEAK NATIONAL PARK IS BASED ON A NUMBER OF NATIONAL PARKS!
“We wanted to take audiences somewhere they’ve never been before,” reveals Bobs Gannaway. “The film has a little bit of Americana woven into a mash-up of Yellowstone, Yosemite and a few other national parks – all with our own distinctive spin.” Keep your eyes peeled when the action of the movie heads to the Grand Fusel Lodge of Piston Peak. The quirky building was directly inspired by Yellowstone’s iconic Old Faithful Inn!

MOVIE SECRET #4…
JULIE BOWEN SIGNED UP FOR THE SEQUEL BEFORE THE FIRST PLANES  FILM WAS EVEN RELEASED!
“I have no idea how I ended up in an amazing Disney animation like this,” giggles actress Julie Bowen. “Out of the blue, I got a call from Disney offering me the role – but I’ve since discovered that John Lasseter [the head of Walt Disney Animation Studios] is a huge fan of my show, Modern Family. When they offered me the role of Dipper in Planes: Fire & Rescue, the first Planes movie hadn’t been released – but I knew I was in safe hands. My kids love the fact that I’m in a Planes movie. This whole experience has been an absolute blast!”

MOVIE SECRET #5…
IT TOOK A TEAM OF 900 PEOPLE TO CREATE THE MOVIE!
A lot of time and effort goes into the creation of an epic animation like Planes: Fire & Rescue. “In total, a team of 900 people spent four years creating the ambitious animated movie,” admits producer Ferrell Barron. “That includes everyone from animators and voice artists to writers and musicians.”

MOVIE SECRET #6…
REAL VEHICLES OFTEN INSPIRE THE CHARACTER DESIGN!
Most of the high-flying vehicles in the movie are fictional, but their design is usually inspired by real aircraft. The look of Dusty Crophopper was inspired by three planes: the Air Tractor 502, the Cessna and the Air Dromader. The design of Windlifter was inspired by three helicopters: the Sikorsky Skycrane, the Kamov KA-26 and the Mil MI-10. Many of the land-based vehicles are also based on real automobiles. The design of Mayday – Propwash Junction’s feisty fire truck – was based on the 1940s Fordson Tender.

MOVIE SECRET #7…
ACTRESS JULIE BOWEN PANICKED IN THE RECORDING BOOTH!
“I had a lot of fun in the recording booth,” admits Julie Bowen. “You have to repeat the same lines a million times, but it never gets boring. The director and his team sit behind a big glass window. They have to press a button for me to hear what they are saying, but I’d always see them chatting away whenever their fingers left the button. It made me panic. I’d think, ‘Oh no! Am I doing this wrong?’ Eventually, I asked them to keep their finger on the button so that I could hear everything. That’s when I discovered they were talking about the most boring things in the world! They would turn to each other and say things like, “Um… Did anybody change the toner in the fax machine?” They weren’t talking about me at all!”

MOVIE SECRET #8…
AN AEROBATIC HELICOPTER PILOT ASSISTED THE ANIMATION TEAM!
Blade Ranger and Windlifter are two exciting new helicopter characters in the movie. In order to research how they fly, the filmmakers turned to a world-renowned aerobatic helicopter pilot named Chuck Aaron. Aaron has more than 42 years and 20,000 flight hours under his belt! “They asked me if I would watch the movie and look at the storyboards to determine if the helicopter movements were factual and feasible,” says Aaron. “It brings authenticity and realism to the movie.”

MOVIE SECRET #9…
PISTON PEAK’S MECHANIC TUG IS NAMED AFTER A REAL MECHANIC!
“Maru is the name of the friendly mechanic tug at Piston Peak Air Attack base, but his history dates back to the first movie,” explains Toby Wilson. “On one of the research trips for the first movie, the team went to Wisconsin where they met a mechanic with one hand. Outside his garage, it said ‘Maru’s Garage’ written in big letters. Our creative executive, Paul Gerard, went inside and asked him, ‘So, where’s Maru?’ The mechanic replied, ‘The name’s Marv!’ It turns out he had really bad handwriting on his sign. Marv is the real-life inspiration behind Maru in the movie.”

MOVIE SECRET #10!
DANE COOK WOULD LIKE TO SEE A MUSICAL PLANES MOVIE!
“I’ve always been a fan of all Disney movies when I was growing up, especially the musicals,” admits Dane Cook. “I used to love Bedknobs And Broomsticks, which was live action and animation combined. I just loved it, and I always wanted to be a part of it. I’d love to see a Planes musical. After Frozen was released, I said to everyone, ‘We need music in Planes.’ Maybe next time?”

MOVIE SECRET EXTRA!
MORE THAN 2 MILLION TREES POPULATE PISTON PEAK NATIONAL PARK!
One of the many difficult tasks that the filmmakers tackled was the creation of Piston Peak National Park. “It was a huge challenge for the art team,” explains Bobs Gannaway. “And more than 2 million trees were incorporated into its design.” The animation team ensured that just the right trees were incorporated into the scenery – including lodgepole pine, ponderosa pine, incense cedar, red woods and giant sequoia!


Posted by Storyteller Audio Productions at 11:36 AM No comments: 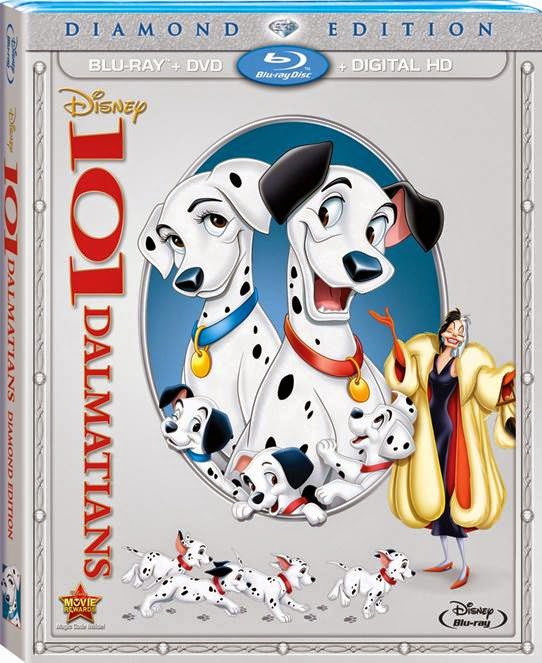 This Valentine’s Day, Share the Humor, Suspense and Adventures With Your Family!

Pick your favorite spot to watch—anytime and anywhere—and get ready for a fun-filled adventure with the Diamond Edition of 101 Dalmatians! Pongo, Perdita and their super-adorable puppies are in for thrills, hilarious spills and an epic action-packed adventure when they face off with Cruella De Vil, Disney’s most fabulously outrageous villainess. When Cruella dognaps all of the Dalmatian puppies in London, brave animal heroes launch a daring plan to save all puppies from Cruella’s clutches! Unleash all the excitement and suspense of Disney’s 101 Dalmatians, a beloved classic you’ll want to share with your family again and again!

Posted by Storyteller Audio Productions at 11:14 AM No comments: